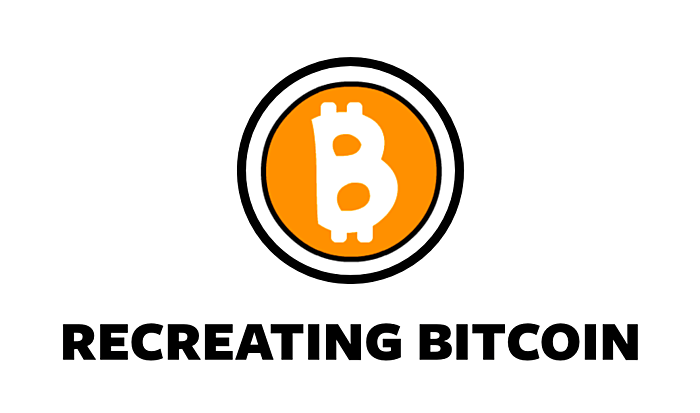 Recreating Bitcoin: A Fictional Story of Why Bitcoin was Designed This Way. #

Why did I write this book? #

I wanted to experience the process of creation myself, Satoshi’s experience and the thought process of Satoshi, all from the perspective of a creator.
In order to give the reader an overall position on the creation process, the book uses an evolutionary approach that starts from a minimalistic workable web transaction system and ends with the “perfect” Bitcoin.
This book intends to show the design essentials of Bitcoin, not necessarily the technical details of the implementation, so the technical part is simplified.
We all love stories. Our brains are wired in such way. So this book tells the story of Satoshi creating Bitcoin at a cafe in a small town.

“This is the perfect book if your family and friends want to know more about Bitcoin. Working with Bitcoin Association as China manager, I feel honored to be part of this great cause to make Bitcoin technology a global ledger and world digital cash system.”
- Lise Li, Bitcoin Association’s China Manager

“Be proud to be part of history by learning from recreating bitcoin.”
- Zheming Lin, Co-founder of Mempool & DotWallet

“The first and essential book you need to get the bitcoin landscape.”
- Aaron Zhou, Independent developer of Bitcoin SV

“I couldn’t fully understand Bitcoin until I read this book, which let me be enlightened.”
- Jianmei, Content Creator of Bitcoin SV

I must first pay tribute to Dr. Craig S Wright, the creator of Bitcoin under the pseudonym Satoshi Nakamoto, whom I want to thank for the great creation of Bitcoin. I also want to thank him for taking the time to read this book and his affirmation and recommendation. And I do apologize to have made the fictional Satoshi character in the story a innocent and romantic liberalist.

I sincerely thank Bitcoin Association’s China Manager Lise Li for her generous support in the production and distribution of this book both in the Chinese society and in the global market.

I also want to thank Juncheng Zhang, the translator of this book from its original Chinese version and also a veteran industry observer in block chain, for his guidance and assistance in publishing this book and distributing it in the English markets.

I also sincerely thank my good friends Jianmei, Pudding and Captain, who provided valuable feedback and encouragement during the writing of this book.

I must also thank Aaron Zhou, whose blogs on Bitcoin have greatly helped me complete this book. I have included many references to your articles in this book. (arron67.cc)

Thanks to Shaoxian Qiu and Amy, Bitcoin SV Skull Club(svskull.club) and Bitcoin SV Study Group(1bsv.cn) brought me to the insights of Bitcoin.

Thanks to the co-founder of Mempool Zheming Lin, Shizhi Hu, dragon, and financial planner Ah Rong for their strong support for this book.

Thanks to everyone in the Bitcoin SV society for such kind feedback on this book! You give me a lot of confidence!

Bitcoin SV is the original Bitcoin. It keeps on track the original Bitcoin protocol, keeps it stable, and builds it to be scalable to the masses, maintaining the vision set out by Satoshi Nakamoto’s white paper in 2008: Bitcoin: A Peer-to-Peer Electronic Cash System.

This is the first book in the Recreating Bitcoin series. The first book is about the survival of Bitcoin. And I will write a second book about the development of Bitcoin, which will include some topics such as Metanet, MetaId, SPV, Token, Applications, and etc.

I hope you thoroughly enjoy this book!

Next chapter：Recreating Bitcoin1:Start over with a Simple Web Transaction System.