Satoshi worked with Gilfoyle to complete the design of Bitcoin v0.0.2.

3.Adding signature to the transaction model

The new update has made transacting ever freer!

Midway, inside the cafe. After a week of developing and testing, Bitcoin v0.0.2 was launched.

Satoshi went to Bob, “Hi Bob. Bitcoin has just updated to its latest version! If new customers want to join, they no longer need to register with me. They can create account themselves (that is, create address).”

“Fantastic! Anyone fancy a cup of coffee? And try out the new system!” Bob announced to the whole store.

“I’ll have a go. I was just about to get a cappuccino as well,” Alice came around the counter.

Alice took out his phone and entered bitcoin.org on the browser. A different-looking website showed up. 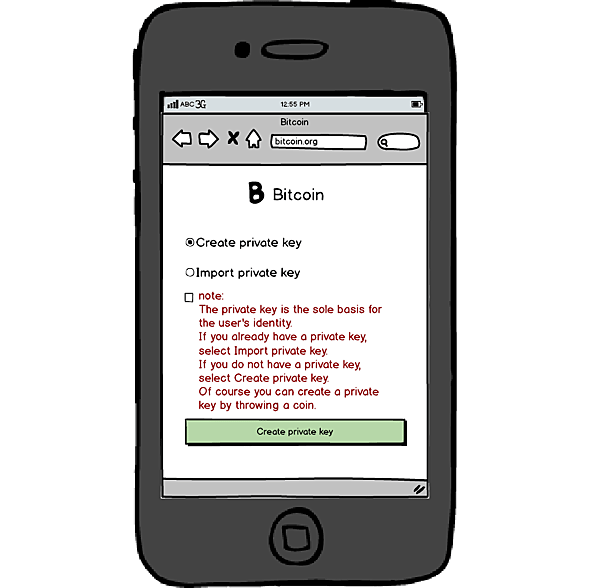 “The first thing to do here is to create a private key,” Satoshi said.

“I see. Hm,” Alice seemed to have understood. 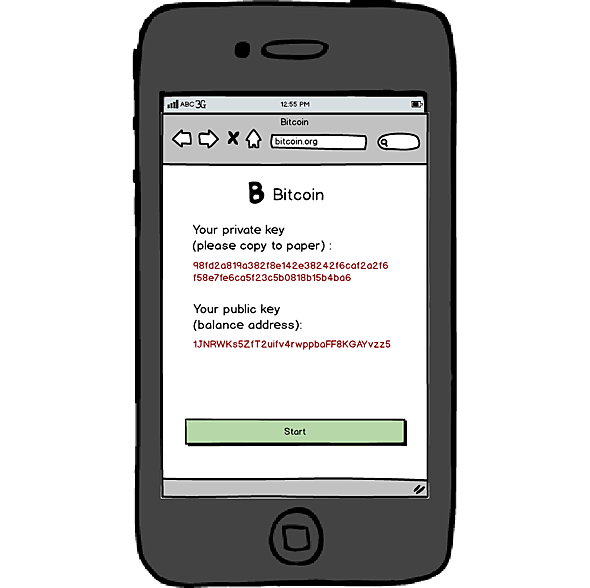 Alice wrote down the private as instructed, “What’s this public key then?”

“You can understand it as your recipient address. You use it to look up your balance. In fact, only the private key is known by yourself. Everyone can see your public key,” Satoshi said in a very fast pace, as if he tried to cram in a sentence as much information as possible.

Bob interjected as he was cleaning a cup, “this private key looks important. Where is it generated? The server side or the client side (browser is the client side)? Is it safe? How did you manage it? I learned some coding in the past. Maybe I can understand it.”

“It turns out you know some coding too,” Satoshi said. “Well, private key is generated on the client side, never to be transmitted in the network to prevented being hacked. If other people get their hands on it, you can lose all of your balance in seconds.” 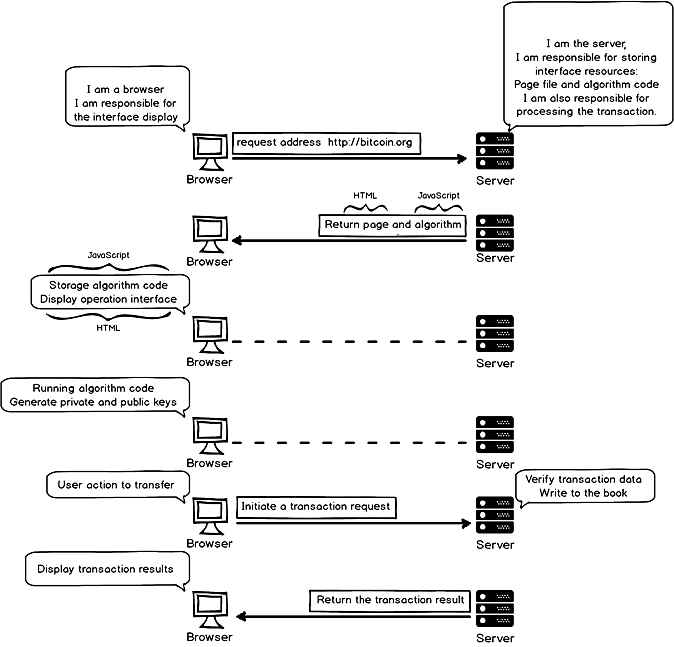 Interactions between browser and server during generation of private key

“But I believe you won’t do that,” Bob said.

“Humans are not reliable. With enough of an incentive, I can’t guarantee I won’t either,” Satoshi said.

He added, “but if you don’t mind some trouble, you can throw a coin to generate the private key and import it.”

“I trust you. Now I want to make a transaction. What’s your address Bob?” Alice asked.

“I will send it to you over text so you won’t need to manually enter it,” said Bob.

“Hold on Alice. Your newly created address currently has a balance of 0. I need to manually change the balance sheet to transfer your previous amount here,” Satoshi said.

Satoshi logged in the server and updated the data. Alice’s account was as good as before (see graph below). 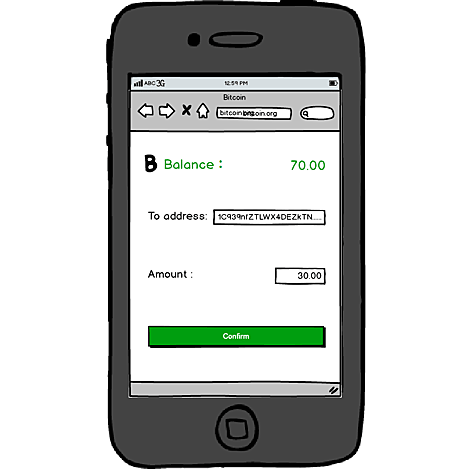 Bob turned on his phone and checked his balance (see graph below). 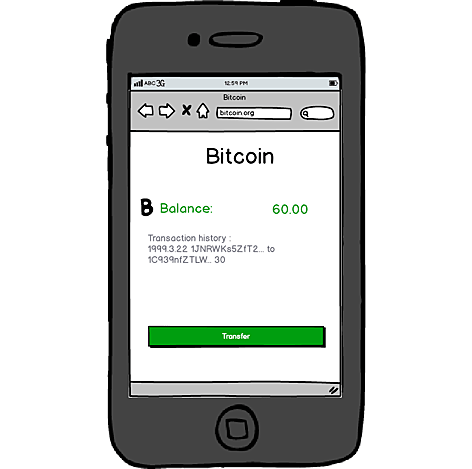 “Then, the browser entered the transaction data into the message and sent a request to the server.”

“Server received the message and got the transaction data.”

“Server first needed to verify if the balance was sufficient: transaction.txt searched for records belonging to Public Key A and calculated the balance.”

“Server entered the transaction data to the ledger and sent the result back to the browser.”

“Browser received the feedback and displayed the result on the web page.” (see graph below) 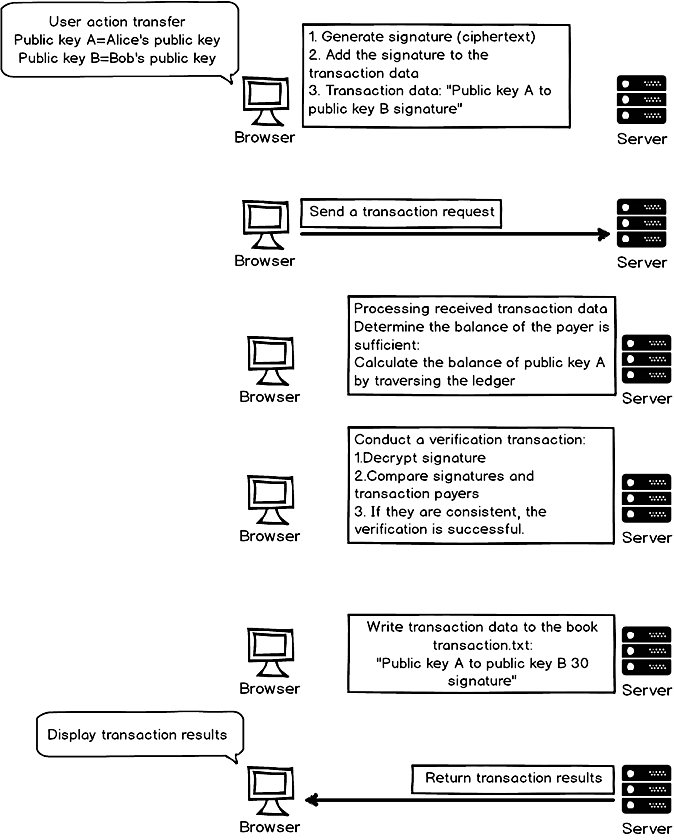 Interactions between browser and server during a transaction

Alice grabbed the coffee passed over by Bob. The first transaction in the new system had just been a success!

But where there is coding, there’s bugs.

This chapter revealed the whole scene behind the system’s operations.

But bugs still existed in the current design. We will see what it is in the next chapter.