So how are the public key and private key of a user generated?

This is precisely the essence of asymmetrical encryption. User’s public key is derived from private key through computation, and user’s private key is counter-intuitively generated by the user themselves.

How is a private key generated? 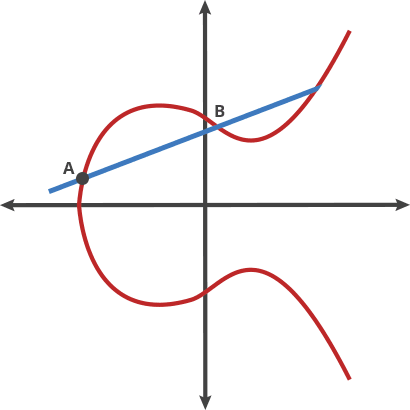 If we let the user to randomly generate numbers and make the range of possibilities large enough, we can prevent two users from generating the same private key - that is, conflict of private key.

But then How large is large enough?

The essence of creating private key is obtaining a number between 1 and 2 to the power of 256.

One way you could do it is by throwing a coin 256 times and record each result, which would look something like this:

That’s a total of 256 binary characters. We can transform it into that of a hexadecimal order to reduce it to a total of 64 characters, each representing 4 bits.

(Note: one binary number represents 1 bit. 1-bit information is what makes
a 50% probability into 100% certainty. The energy of the information of that size is 1 bit. For example: in the binary system, the number can only be either 0 or 1, each representing a 50% chance. If 1 is produced, then the 50% uncertainty has been turned into a 100% certainty, representing 1 bit. Vice versa for the case of 0. Either represents the energy of 1 bit. The information needed to produce this kind of certainty is 1 bit.)

In the hexadecimal order, the result looks like this:

The public key, which calculated using the private key, would also be in hexadecimal order:

We can further transform it into based-64 for a shorter representation:

Base-2: each character has the options of 0-1, two possibilities.

Base-64: each character has the options of 0-63, 64 possibilities, almost taking up all the keys on a standard keyboard.

Theoretically, if we can invent a keyboard with keys that contain special characters such as stars and triangles, we could potentially have 128 characters in total, enough to implement base-128. But so far the global standard only includes slightly more than 64 characters, so base-64 is what we use.

(Note: The real world Bitcoin system uses base-58, a modified version of base-64)

2256 is a number very hard to imagine. In decimal place, it is approximately 1077 (the observable portion of the universe has about 1080 atoms). We can basically regard the chance of coincidence as 0.

By using public key as the recipient address, we also improve the privacy protection of the user identity (It is important to note here that the privacy of Bitcoin is protected by changing names rather than anonymity).

Bitcoin made one more step towards freedom of Transactions.

The setting sun fell through the windows of the cafe, gilding the room with a golden color.

Satoshi is still engrossed in the screen, tapping away at the keyboard.
On the side, Gilfoyle was tossing a coin over and over again on the table, recording it with a pencil.

Satoshi asked him, “What are you doing?”

“Do it with your computer. It doesn’t take a second,” Satoshi said.

“I don’t trust a computer. I only trust my coin,” Gilfoyle said.