Gilfoyle had this ambitious thought of making Bitcoin a general world computer.

Satoshi and Gilfoyle had a general idea for its design.

Now it was time for implementation.

“How do we functionalize transactions?” Satoshi asked.

Gilfoyle gave his idea for implementation.

The server-side computing resources focused on if the ScriptSig was valid with the following steps:

There are two places to change.

Our purpose is to change transactions into function equivalents.

The traditional method suggests the following: 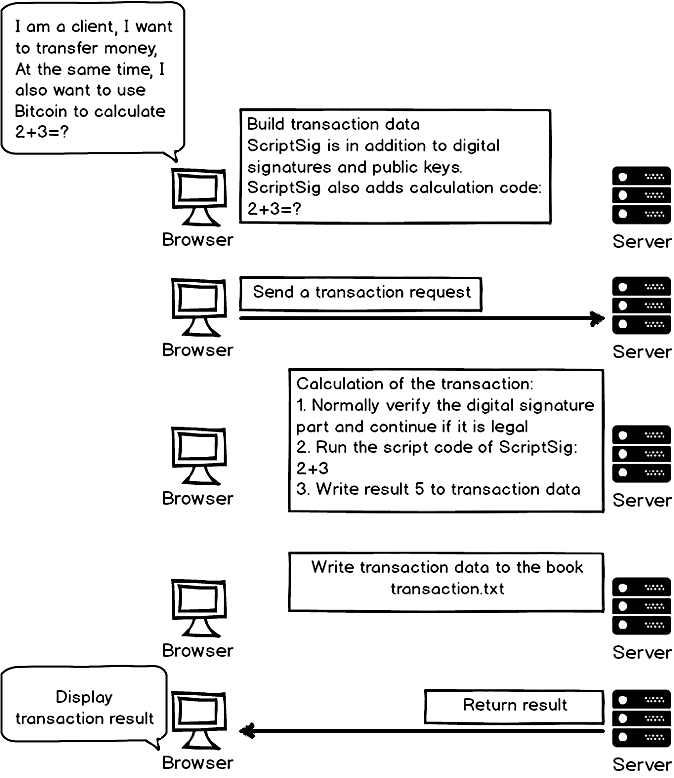 Satoshi was not satisfied with Gilfoyle’s idea, “This idea is too traditional, not elegant enough. In addition, I noticed several problems and defects in the design.”

We will address the above problems respectively.

The most direct solution to the first problem is to choose a script language without loop statements. It would be Forth.

Forth is simple and stable. Like in Léon: The Professional, the most lethal weapon is the simplest one.

Forth is a dagger, stable and flexible

In contrast, script languages with loop statements are like heavy machine guns. Misuse and stuck magazine happen often. The more complicated it is, the more dangerous it is.

The complex programming language is a machine gun: although it is highly functional, it is not consistent

“How do we charge transaction fees?” Gilfoyle asked. 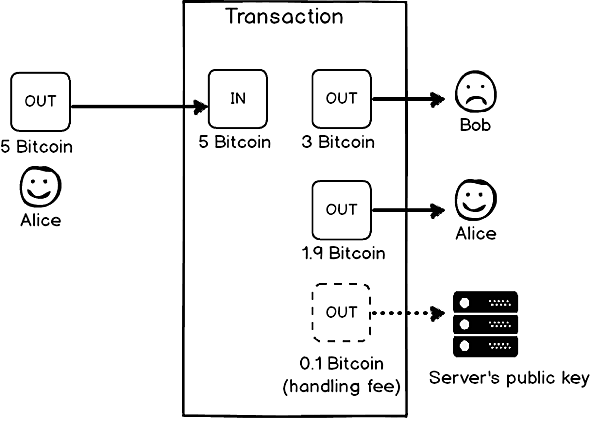 For the third question, if the transaction becomes immutable, where would the output of the script be?

For example, Alice transfers to Bob, at the same time we want to calculate the result of 5-3.

The traditional method is to view 5-3 as a complete function. The server calculates the function, gets the result of 2 and writes it somewhere.

If we break through this definition of roles and view Alice as the one which raises the question and Bob as the answerer to the question, then the role for the server is that of a verifier, that which verifies if the Bob’s answer is equal to Alice’s question.

That way, a function is separated into two parts, one for question and the other for answer. The server combines these two parts to get the complete function and verifies if the result is correct.

We will call the script code that represents the question “UTXO locking script.”

We will call the script code that represents the answer “UTXO unlocking script.”

When server verifies if the UTXO is valid, it is essentially combining the two scripts and executing them. The result is either “True” or “False.” If it is “True，” then it continues to execute. It is “False,” then it stops the execution. That way there is no need to store the result.

We can organize this series of steps as followed:

The detailed structural changes to the transaction data model looks as followed:

(see graph below. The graph details the changes, with red signifying the changes. We will see each UTXO has a part of unlocking and locking scripts) 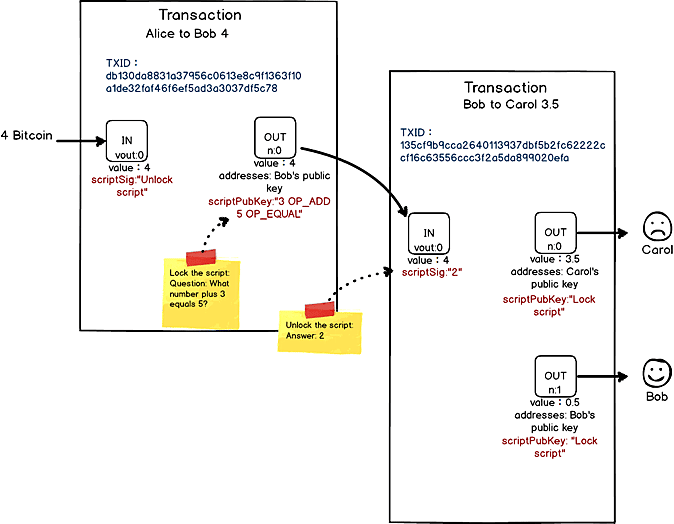 OP_ADD is addition. OP_EQUAL outputs “True” if they are equal, “False” if not.

This script means if 2+3 equal 5. If they are equal, the server verification passes. 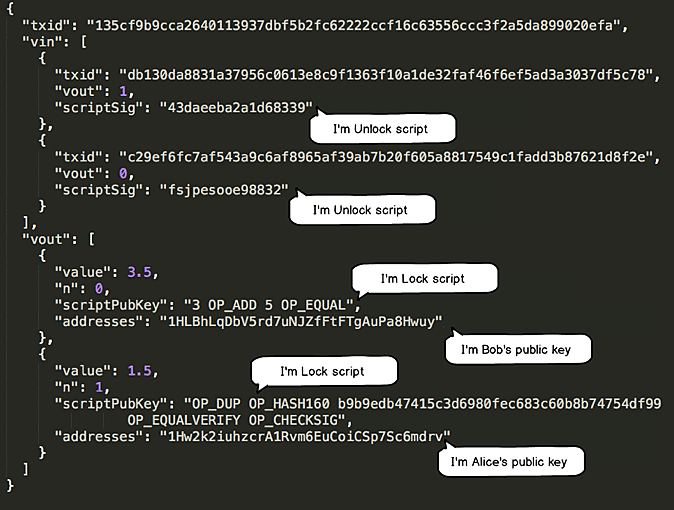 The next step will be how to make Bitcoin a world-class general computer.

The first half of the book is now complete. It mainly covers the transaction part.

The second half explains how to evolve Bitcoin into a swarm system. In order to better support Transactions which is the core business of this system to achieve ultimate freedom and fairness.