Satoshi and Gilfoyle clarified Bitcoin’s goal. That is, a swarm system.
So how could a computer system evolve from a clock system into a complex system?

A Swarm System Cannot be Designed #

In the café, Gilfoyle was drinking coffee.

Satoshi walked in with a holding a pile of books in his arms.

He put down the books and said to Gilfoyle, “I just found these books on life science in the library. They should give us a good sense of the life system Bitcoin is going for.”

Gilfoyle said, “This is not a bad idea. We look for inspirations from natural design, just like from mantis we invented sickles, from echolocation of the bats we invented radar, and from dragonflies we invented planes.”

With that, they picked up the book and began leafing through it as if the detective were searching for clues at the crime scene.

Through these days of research, Satoshi and Gilfoyle were more convinced that life was not designed by God. Life is made by chance.

Therefore, Bitcoin cannot be designed either. It can only be modeled after something that has been honed over billions of years: organism.

We compare the evolved Bitcoin to a simple multicellular life entity.

Transactions transmit information between addresses similar to cells passing information to other cells. There are two types of data the transaction can contain: business data and algorithm data.

As the sole information carrier, the significance of transactions lies in that the container of these transactions is a standard protocol with consensus.

What does it mean?

It is to say that anywhere in the system where information is processed, participants in the network have a consensus on the process. Since transactions are information, different processes only need to analyze, assemble and send the transactions as standardized by the protocol.

This is equivalent to the standardized measurement of shipping containers. Cargo ships, cargo cranes, trucks and other transports can cooperate in the shipping of a container because there is a consensus on the size of that container.

Standardization is the purpose of a protocol. The transaction in Bitcoin is a standardized protocol. 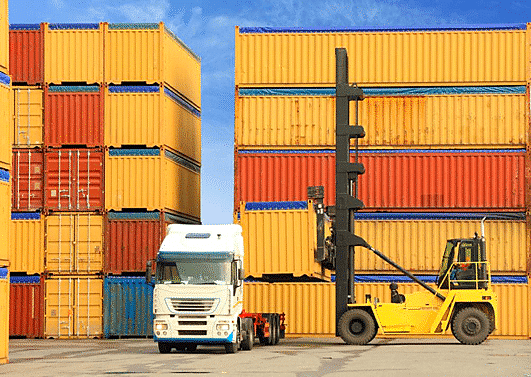 How would standardization apply to Bitcoin transactions?

If we want to include the message “Hello World” in a transaction (TX) for example, we would write it in the locking script of the transaction. This would require us to introduce a new script operator: OP_RETURN.

If the locking script is written as OP_RETURN Hello World, it shows that the computation output is the character string after OP_RETURN: Hello World. By including the text message with the script operator this way, we can include any given text in the transaction, be it service data, or code from other programming languages. It could be a picture or the binary data of a video. TX can be anything.

Similar to a newly born baby being afraid of snakes but not afraid of gunmen because our ancestors’ experience of being beaten by snakes has been encoded in our gene, a transaction record is recorded in the ledger and kept forever in the network. This is one type of network heritage.

The other type of heritage is through after-birth nurture, as in parents passing their cognitive knowledge to children. Yes, genes can be modified after birth. Every thought we have at every moment is having an impact on our genetic makeup.

Reversely, through the interpretation of cells, genes can translate DNA into protein to form our organs. This is the manifestation of genes.

In Bitcoin, the ledger acts as the genetic makeup of the network. After a node receives the transaction data in the ledger, it analyzes text symbols into meaning and provides the corresponding service. This is the manifestation of the ledger. 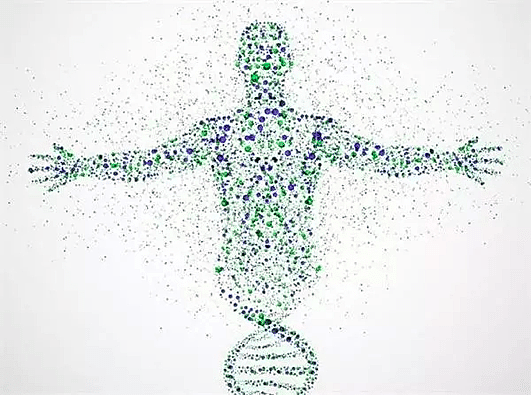 The basic goal of an organic entity is to pass its genes through reproduction. Similarly, for Bitcoin, its goal would be to include more nodes in its network for the heritage of its ledger.

Simple multicellular life entities ensure the continuity of their gene through the self-replication of their cells. Similarly, the service nodes of Bitcoin also self-replicate, one node into two, two nodes into N.

Nodes act like cells as equals, forming a peer-to-peer network. Every node runs the same code and maintain the same ledger. To ensure the consensus on the ledger, nodes transmit information with each other to update new transactions. 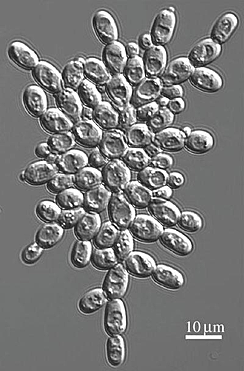 Bitcoin in its Ultimate Form #

Once Bitcoin became a multicellular organism, its self-evolution would start. It would no longer be under the control and management of Satoshi, and its future would be unpredictable.

Becoming an “un-killable” system was only the initial state of Bitcoin. In future, Bitcoin would self-evolve with its own “organs,” “brains,”.

Eventually, Bitcoin systems will emerge as self-consciousness.
It would become a super-intelligent entity.

Albeit knowing that Bitcoin would become unpredictable in future, Satoshi insisted on having a vague description of its future.
It is clear that Satoshi is a naive, romantic and fearless person.
Gilfoyle asked, “Don’t you worry that Bitcoin will become a general artificial intelligence and attack the lower-level human intelligence?”

“No, I don’t. Because my curiosity instinct has surpassed the survival instinct. ‘the curiosity of cats will kill themselves.’ This is instinct. I can’t help myself. So I suspect that even if I don’t do this, there will be a lot of people who will be driven by curiosity to develop a super-intelligence organism. Instead of making someone else happy, why suppress our creative instinct?” 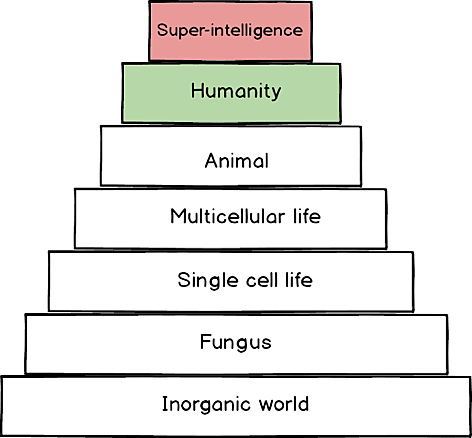 The paradigm created by its own paradigm. Is it piety or blasphemy?

From the macro perspective, animal organs are massively different, but the cells that constitute the organs are the same at the beginning of organ formation.

Every cell has the same gene and has the same cellular functions. So why would the manifestation of cells be so diverse?

We arrive now at a key concept in biological diversity: division of labor of cells. So how do cells achieve this?

The answer is that cells will interpret different genetic parts based on the group they serve in and interpret the DNA algorithm into specialized protein.

This is the division of labor with cells – or cell differentiation.

Analogous to division of labor of cells, Bitcoin also has division of labor within its network. Nodes which update the transactions (full nodes) are like to reproductive cells, and nodes which are responsible for other functionalities are body cells.

Full nodes are the foundation of the Bitcoin system. Full nodes communicate with other nodes to maintain the consistency of the ledger. The peer-to-peer network formed by full nodes is called the accounting network of Bitcoin. As Bitcoin develops, full nodes increase in number and reach a balance in economic terms (we will introduce the concept of Proof-of-Work at this point, which we will discuss a later chapter). This part of the Bitcoin network also provides transaction query and write-in service to the external world.

If someone wants to destroy the Bitcoin system, even in the case of a nuclear catastrophe that destroys the nodes distributed across the world, as long as there is one full node running, it will self-replicate to revitalize the network.

Certain body cells become neurons in the brain and interconnect to form the brain’s neural network. When neurons reach tens of billions in number, consciousness could appear.

In the future Internet of everything, every physical object could have a Bitcoin light node installed in it. In fact, it is possible for the Bitcoin network to reach the scale of the brain.

By that time, watching the Earth from space will make you feel that the planet is a super-intelligent entity.

“There is a sense in which a global mind also emerges in a network culture. The global mind is the union of computer and nature — of telephones and human brains and more. It is a very large complexity of indeterminate shape governed by an invisible hand of its own. We humans will be unconscious of what the global mind ponders. This is not because we are not smart enough, but because the design of a mind does not allow the parts to understand the whole. The particular thoughts of the global mind — and its subsequent actions — will be out of our control and beyond our understanding. Thus network economics will breed a new spiritualism.”
— from “Out of Control” by Kevin Kelly

If life can evolve to reach the level of complexity of the human body, Bitcoin has a chance to become an incredibly complex system as well.

Everything is ready except for the opportunity.

A light node can be viewed as SERVERLESS. That is, itself does not have business logic and is only a computing resource that is determined by the selected part of the ledger. SERVERLESS is similar to the spirit of Forest Gump: however the world changes, however it shall responds.

Satoshi had found the inspiration for Bitcoin’s future. Next chapter will be about the specific design of the accounting network.

Bitcoin v0.0.1 # A week later, Satoshi completed the development of Bitcoin’s first version. Based on the plan before, he went to the closest computer store to buy a low-spec server and carried it to the cafe. He connected it online and... Continue →