A week later, Satoshi completed the development of Bitcoin’s first version. Based on the plan before, he went to the closest computer store to buy a low-spec server and carried it to the cafe. He connected it online and installed the Linux OS. After he deployed the Bitcoin system, it was launched.

Then he purchased the domain name: www.bitcoin.org on GoDaddy and connected it to the IP address of Bitcoin’s server. Now Bitcoin could be accessed through the domain.

There came the obscure unveiling of Bitcoin to the world.

“Boss, Bitcoin is now up for use!” said Satoshi to Bob.

“Hah, great! Now, who wants to be the first in history to use Bitcoin?” asked Bob to the people in the cafe.

Alice answered back, “I will do it! It was inspired by me after all! I’ll get a latte with it. Lad, how do I go about using this?” 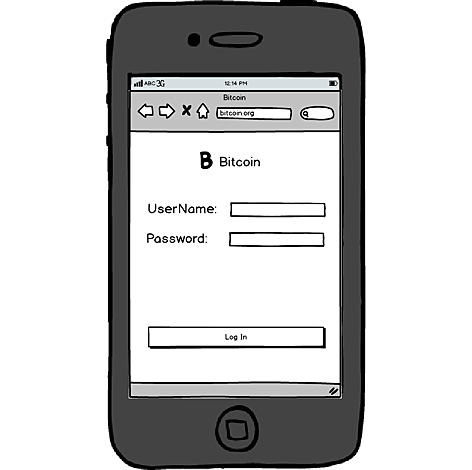 Alice said, “Wow. It’s working! So what are my username and password?

Satoshi said, “I forgot to register for you. I’ll do that right now!”

Satoshi made it to the host background and used vi tool (a tool on Linux to edit files) to add a line of information in user.txt:

“Alright! Your username is Alice, password is Bitcoin123. Keep them to yourself,” said Satoshi to Alice quietly. 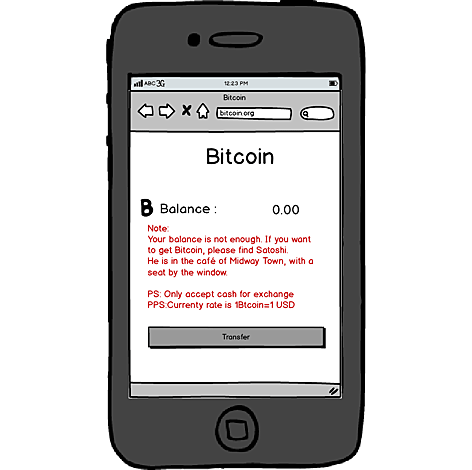 “My balance is 0. Do I need to use dollars to exchange some Bitcoin?” Alice asked.

“Yeah. Give me some dollars and I’ll transfer some Bitcoins to your account.”

“If you want to exchange back to dollars, come to me and I’ll get your dollars back with your Bitcoin,” explained Satoshi.

The total currency supply was equal to the default balance of 21,000,000 Bitcoin in Satoshi’s own account.

But of course, it was only a temporary solution. There was no fundamental difference with the Federal Reserve: if Satoshi wanted to increase the supply, he only needed to secretly modify the balance.

This issue would be solved one step at a time. Let’s finish Alice’s first transaction.

“Can I send money to Bob now?” Alice asked.

Alice refreshed the page and on the screen was 100 Bitcoin (graph below). 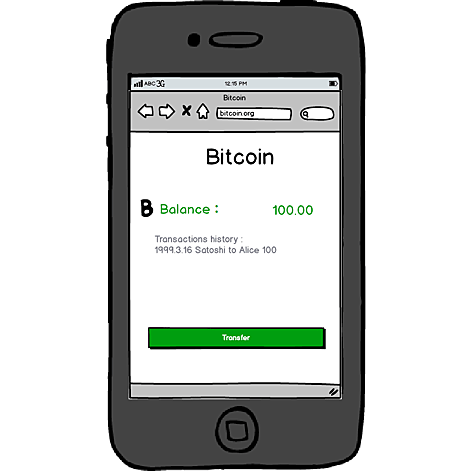 Now Alice proceeded to the transaction page. The screen looked like this: 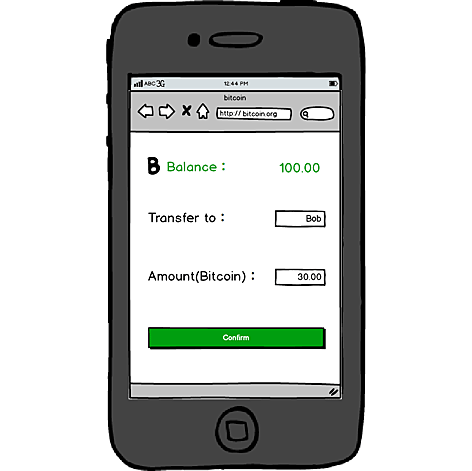 “That’s it? It’s so simple! Boss check if you’ve got it,” said Alice to Bob.
Bob took his phone out and logged in the website using the username and password. 30 Bitcoin appeared in his account.

“This is so fast! Now I don’t need to look for change for my customers!” Bob complimented, “Alice, come and taste my new cake: BITCAKE. Now everyone here in the store that pays with Bitcoin from now on gets a free BITCAKE!” 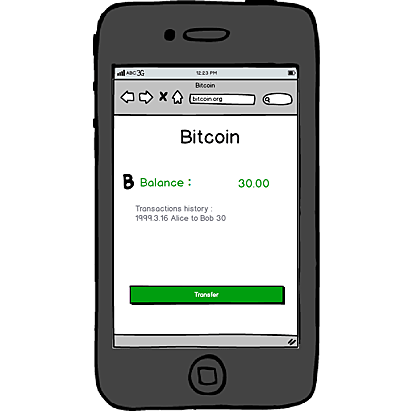 “Let me try this!” people in the cafe rushed to Satoshi to exchange for Bitcoin.

Satoshi registered an account for each of the customers and added to their balance.

“Manually setting this up is not a solution. I must upgrade it in the next version. How I do solve the registration issue? If I don’t do away with the password verification process, it’d be no fundamentally different from the banking system. If the system operator wants to attack a user, they only need to delete the user’s account or change the balance to 0. That’s too easy, poor little creature” Satoshi sat there and started to think about the solution.

These issues would be solved later.

But right now, the first Bitcoin system was up and running in Bob’s cafe. That was worth celebrating.

Next chapter ：Recreating Bitcoin 3:Getting Rid of the Account Model